Another podium finish for Andy Molsom of Molsom & Associates Optometrists at Castle Combe in Wiltshire.

Andy Molsom took home 3rd place in the second race, whilst recovering to a solid 6th in the first race.

At Castle Combe, qualifying and racing was condensed into one day, and was a mixed grid of 41 cars. Qualifying didn’t go as well as expected, but Molsom started from 9th and 8th in class in race 1 and 2 respectively.

The first race saw Molsom make a good start, making up a few places over the first 2 laps. However whilst taking avoiding action from a re joining car, a minor off track excursion put him back in 12th place. Pushing hard, Molsom worked his way slowly through the cars, to take 6th place by the end of the race.

“I was unlucky with loosing so many places near the start of the race, but thankful that it wasn’t the end of my race. With very little run off at Castle Combe, the Armco is very close, and that usually means disaster!” Commented Andy Molsom.

The second race was a little more eventful, a great start and the first corner saw Andy Molsom leap from 8th place to 3rd. There was a safety car period to ensure the safe collection of a couple of cars which found the Armco. After the race restarted, Molsom found it difficult to pass the faster class car in front, and when he did so, 2nd place was already too far up the road to be caught. From there on, it was straight race for 3rd in class, despite constant pressure from 5 cars behind, Molsom crossed the line to score his 3rd podium of the year.

“Another podium finish was excellent, there was good close racing all weekend from a big mixed class grid. I scored some good point, and as this was the penultimate round of the Championship, every point helps”, added Andy Molsom.

Andy leaves Castle Combe still lying 3rd in the Championship, not accounting for 3 dropped scores. There are only 2 aces remaining at Thruxton in Hampshire in early October.

“There is now only 6 points between 4 of us competing for 2nd place in the Championship. With only one point between finishing 1st and 2nd, it is going to be a very close end to the season.” says Andy Molsom. 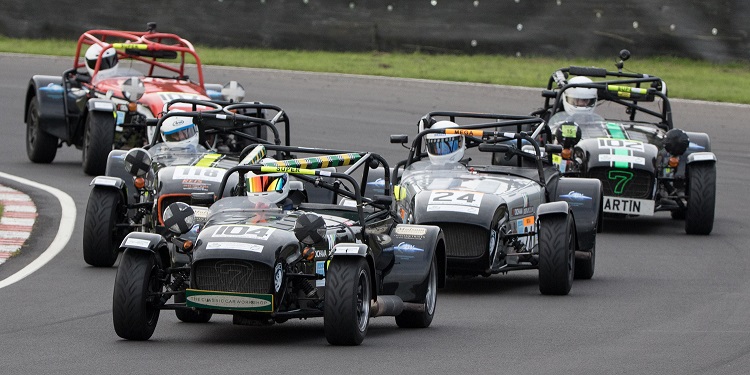 View all posts by: molsom